In Last Outpost I wanted to make an environment where I focused on the shapes and silhouette in order to make a scene that felt unified and expressive. I made highpoly sclupts for all the assets in the scene with Zbrush and Maya, the lowpoly meshes were made in Maya and the texturing was done in Substance Painter. The final renders are real time screenshots from Unreal Engine 4 with fully dynamic/movable lighting. 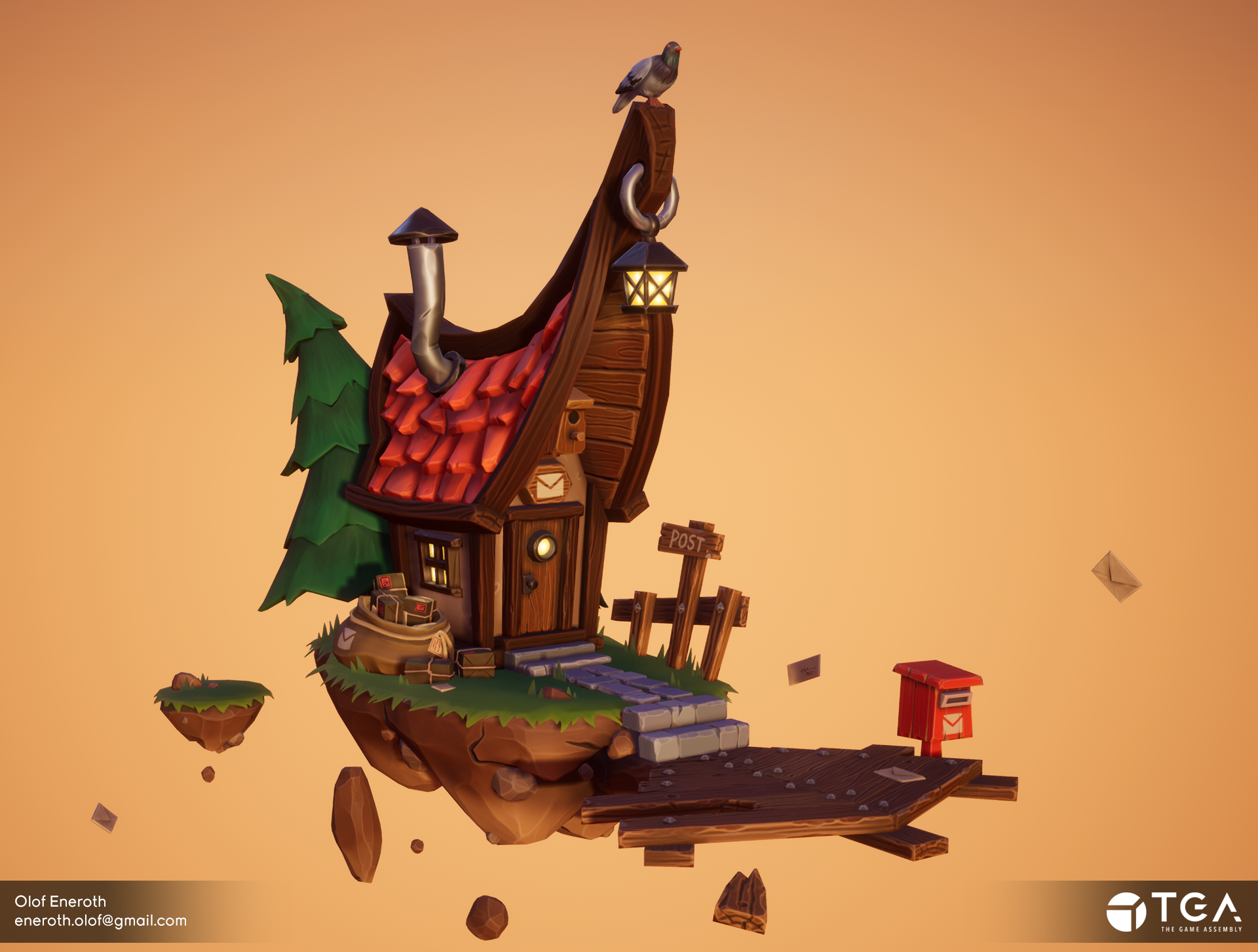 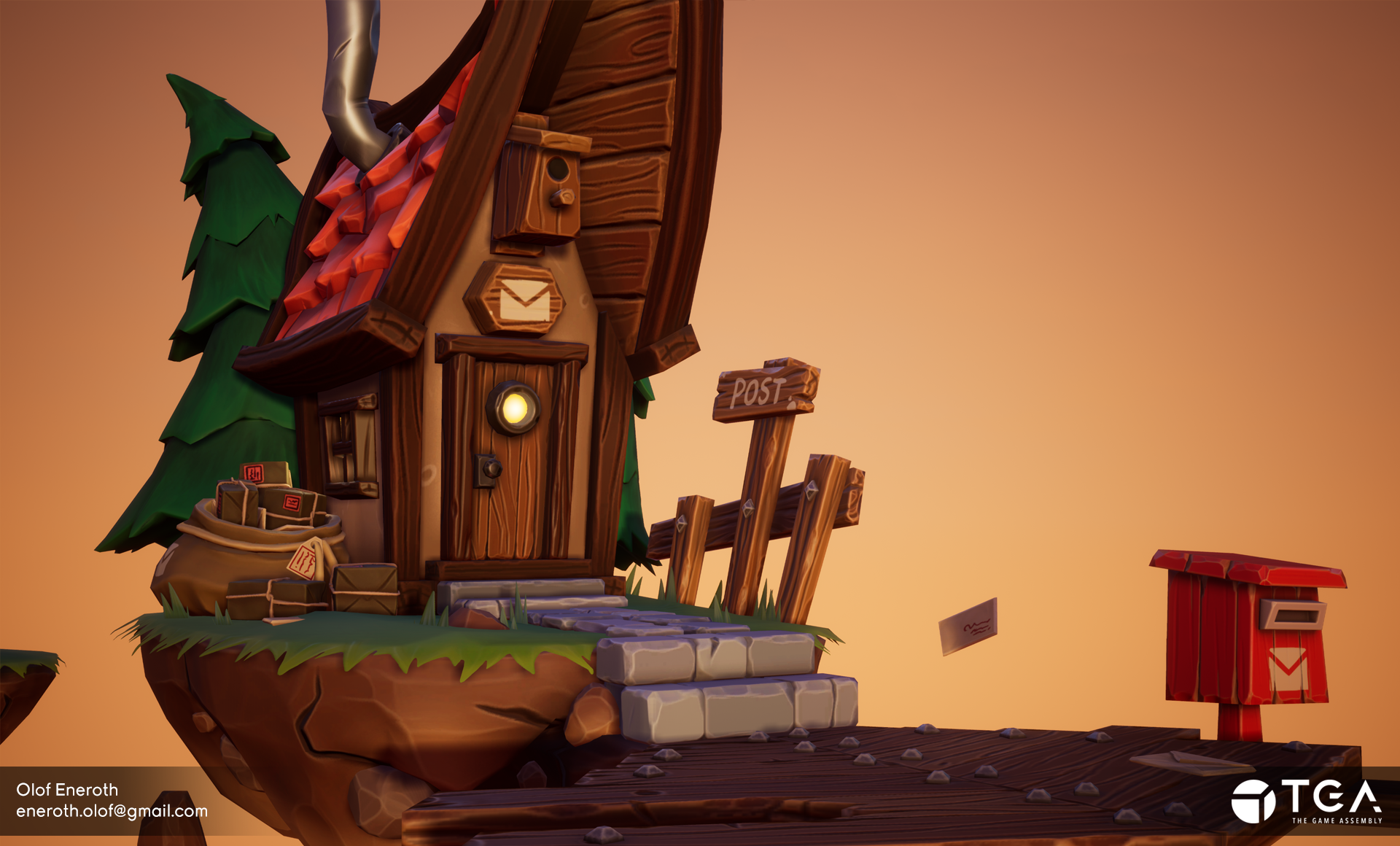 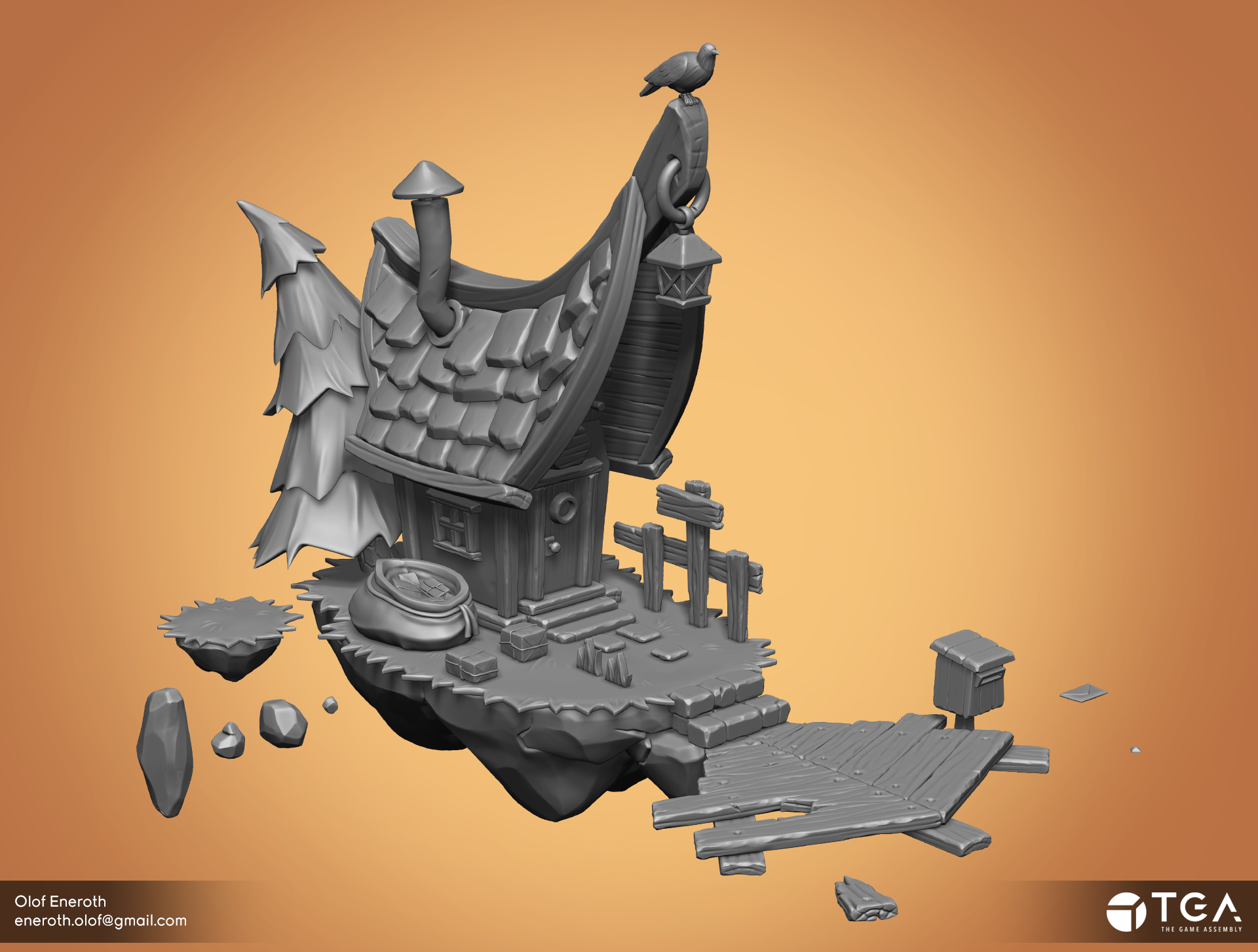 From the start I knew I wanted to make an inhabited floating island of some kind, so from there on it was mostly a matter of finding the most interesting silhouette and then flesh it out with details. I did a lot of exploration on what the purpose of the house and island would be (blacksmith, landing pad, etc), but eventually chose a post office. 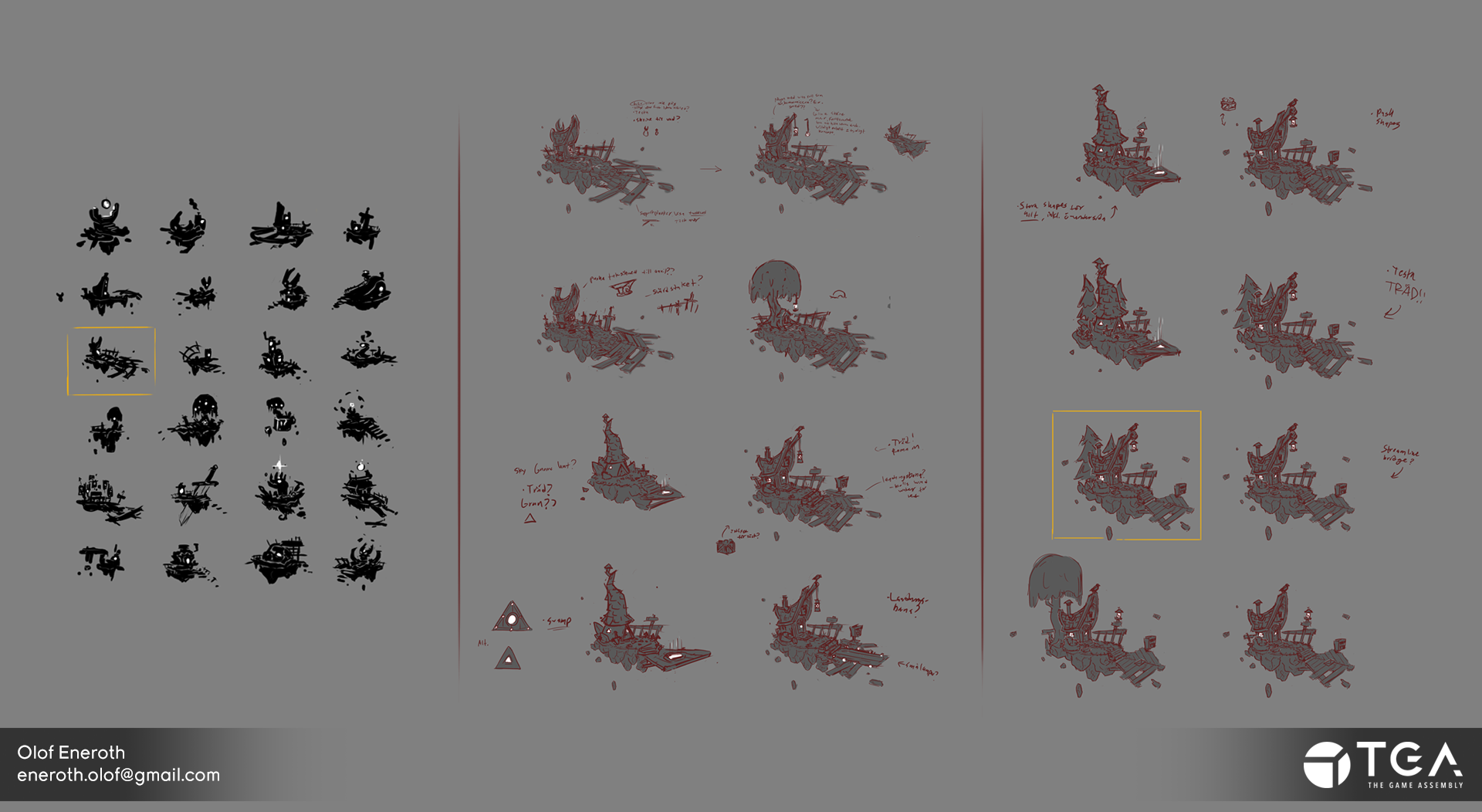 Even after technically leaving the concept stage I kept developing the concept further as I worked on the initial 3D blockout in Maya. Before moving on to scupting I also did over-paints on my blockout to test what level of detail and colors I wanted in the final textures.