For Clockwork Girl I wanted to create a completely game-ready character for a 2,5D platforming game. This included every part of the process: concept, model, rig and animations. The highpoly sculpt was made with Zbrush and Maya, the lowpoly was made in Maya and the texturing was done in Substance Painter. Rigging and animations were also done in Maya. The final renders are real time recordings and screenshots from Unreal Engine 4. The cel shading effect was achieved through a post process material provided by Simon Carlsson.

To see the animations in action in a gameplay scenario check out Clockwork Girl's companion piece, Clockwork City. 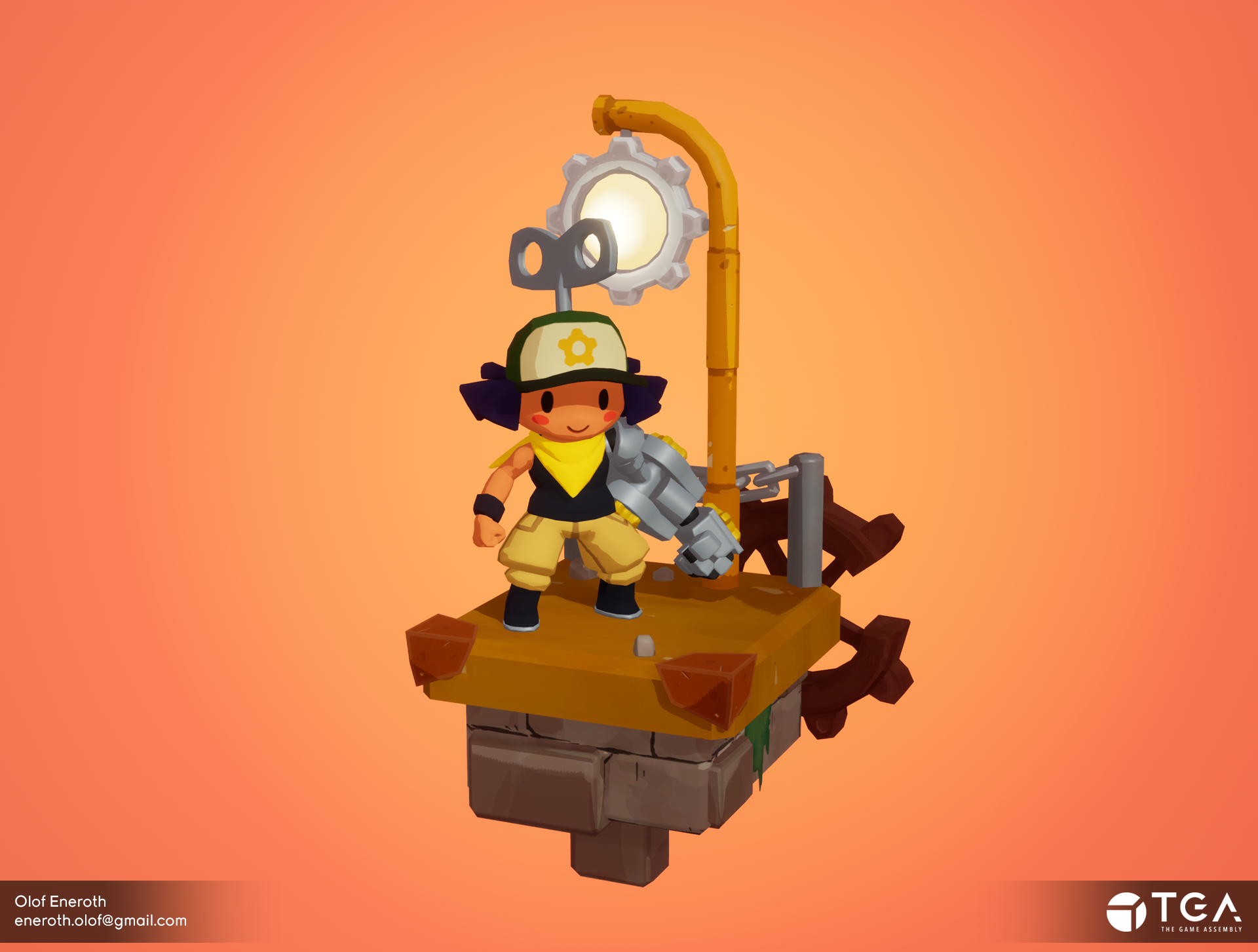 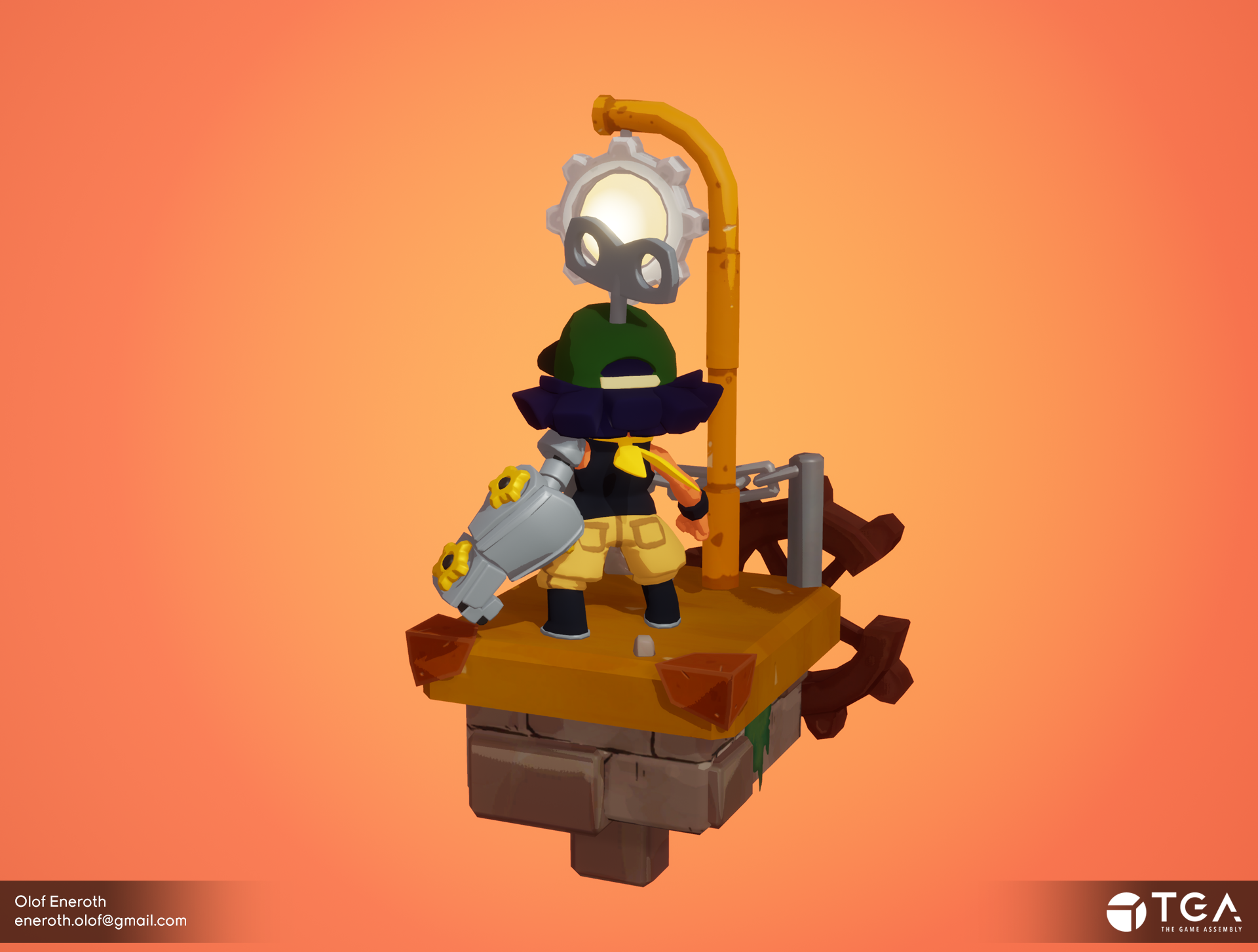 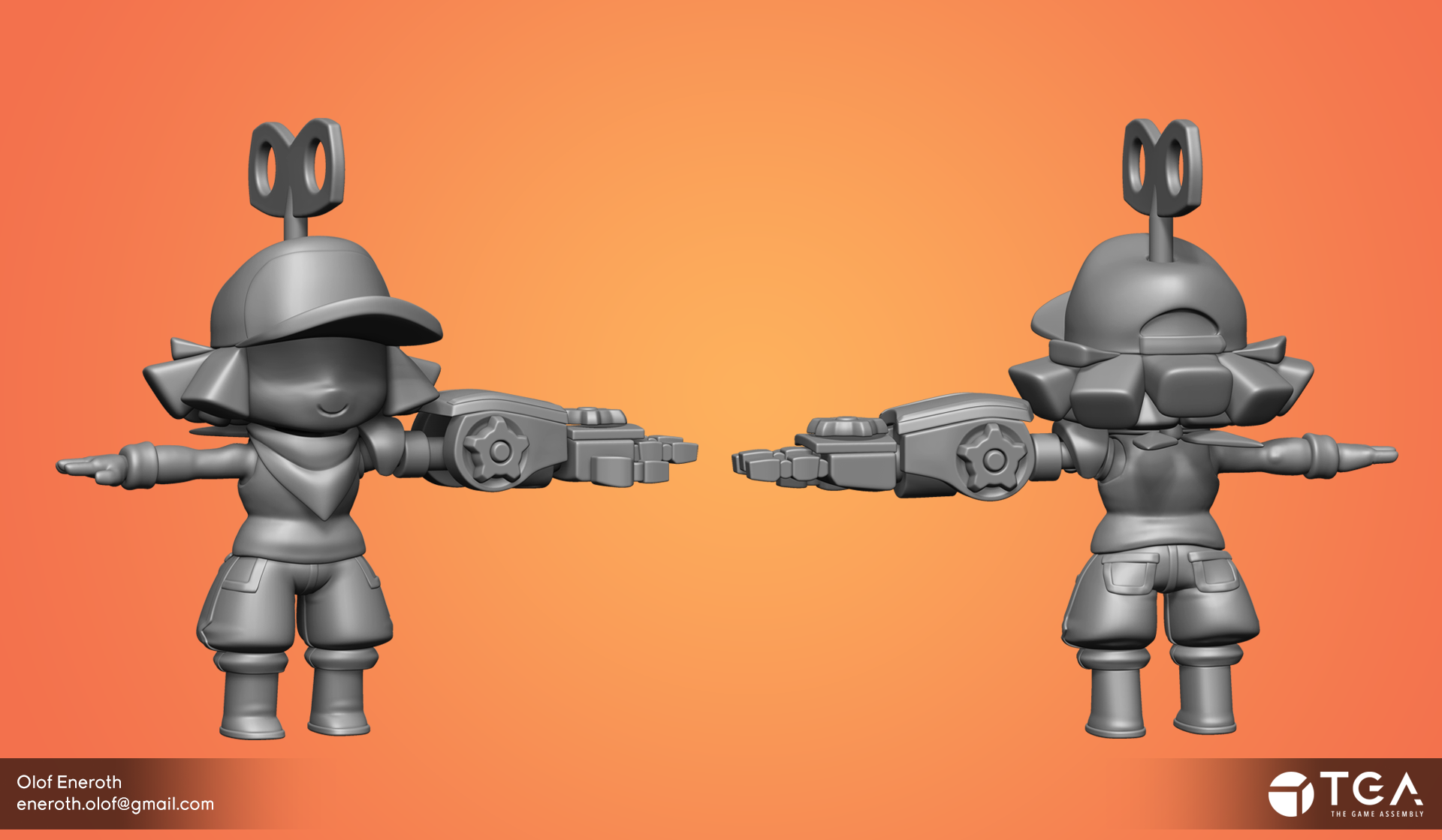 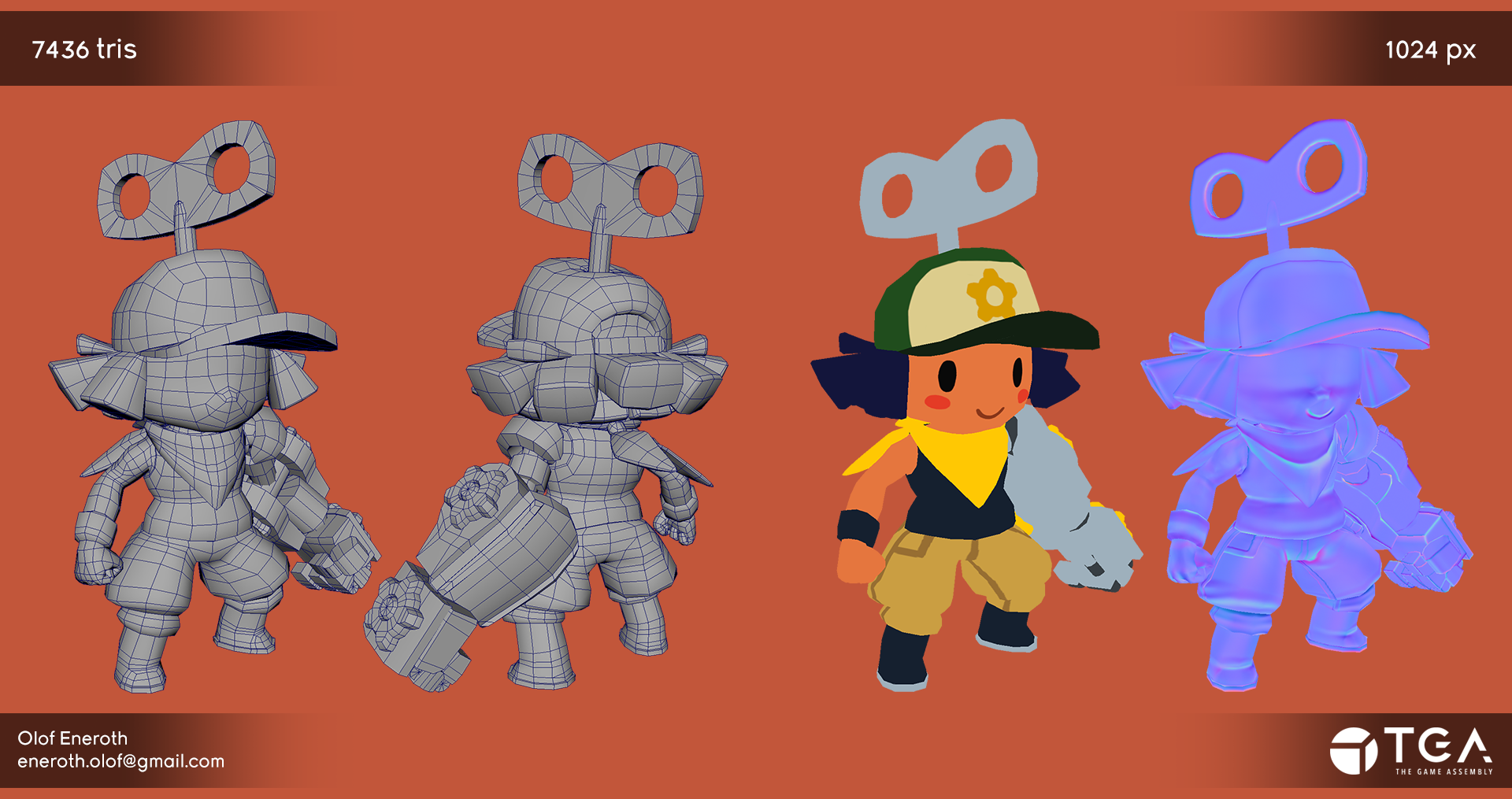 I had spent a lot of time brainstorming before the project started and because of this I had a pretty good idea of the general elements I wanted to include in the design early on (wind-up screw, robot arm, poofy pants, hat etc). This meant that I could mainly spend the concepting phase on figuring out the details of the design (what placement of the wind-up screw would make for the most clear silhouette, what specific parts the robot arm would consist of, etc). 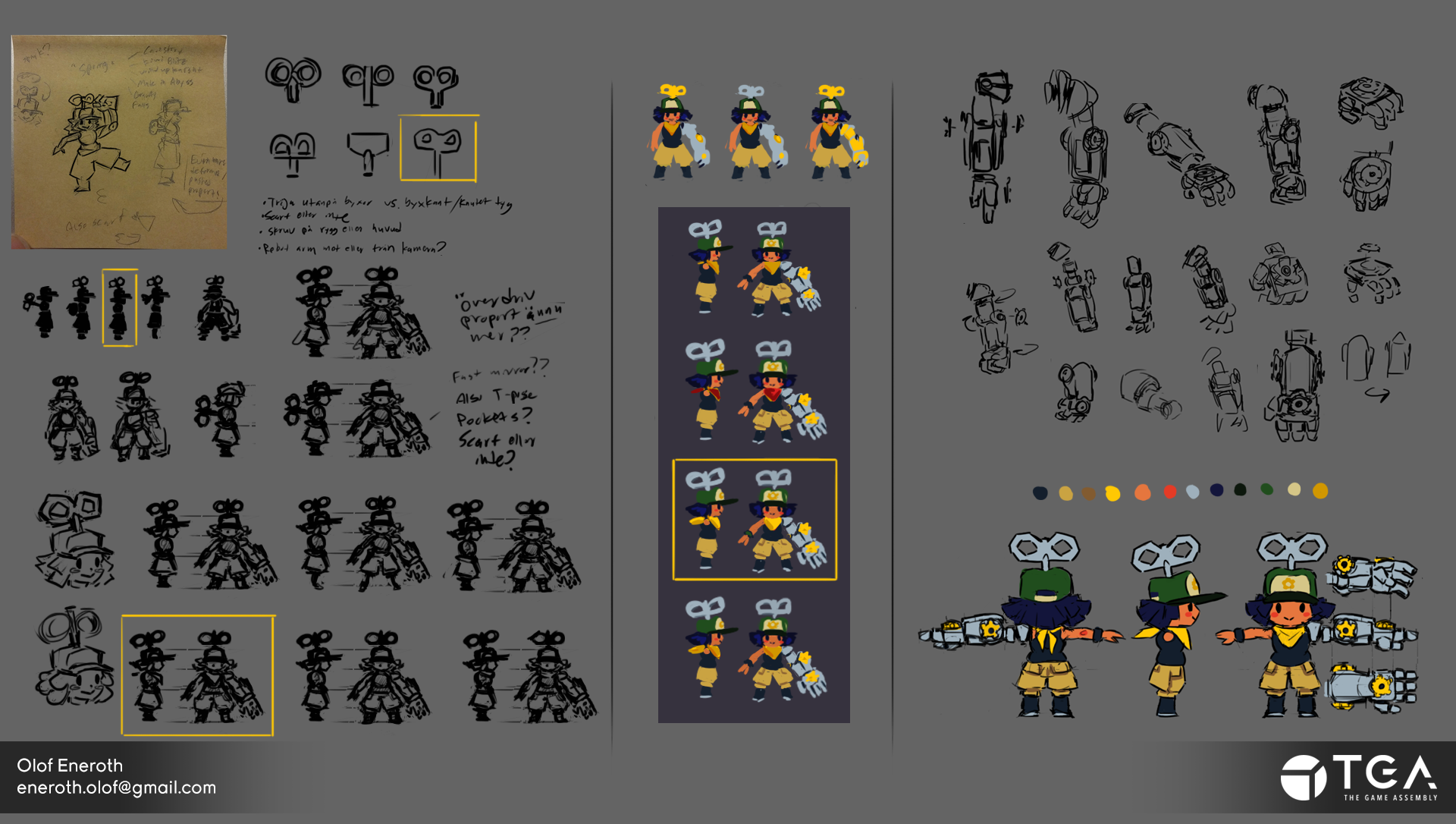