Gnome Dungeoneer is a character intended for a top down action RPG or MOBA. The highpoly sculpt was made with Zbrush and Maya, the lowpoly was made in Maya and the texturing was done in Substance Painter. The final renders are real time screenshots from Unreal Engine 4. 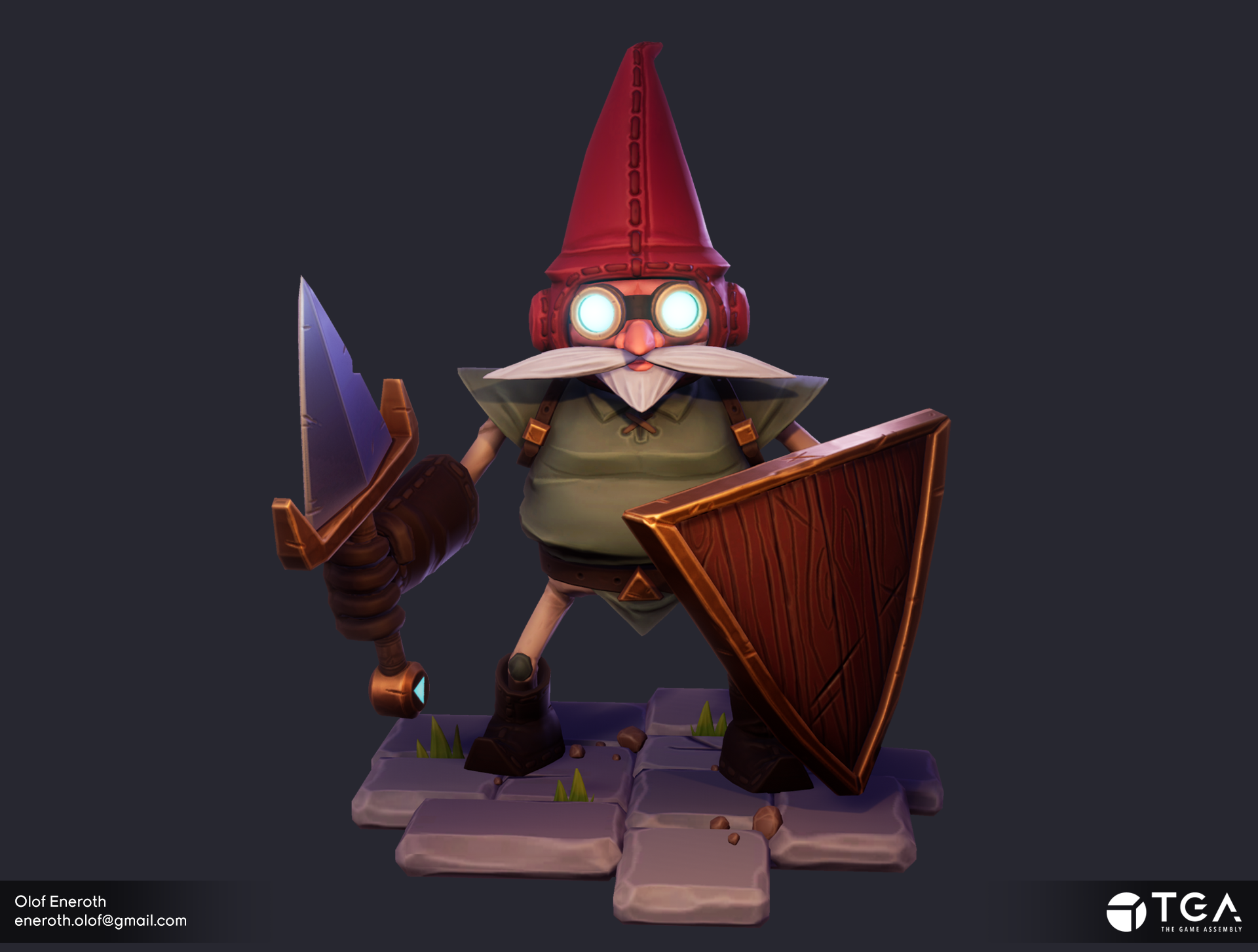 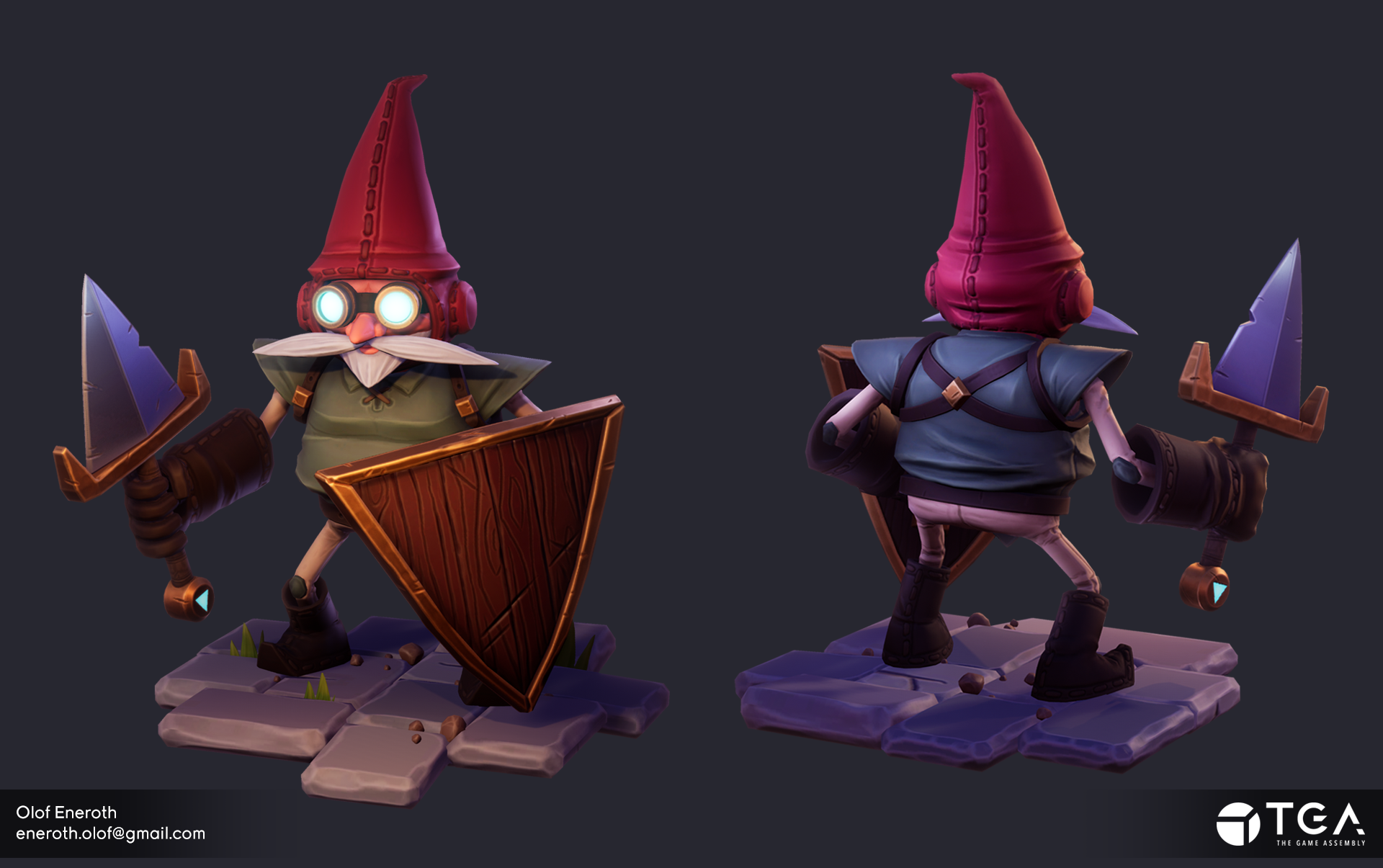 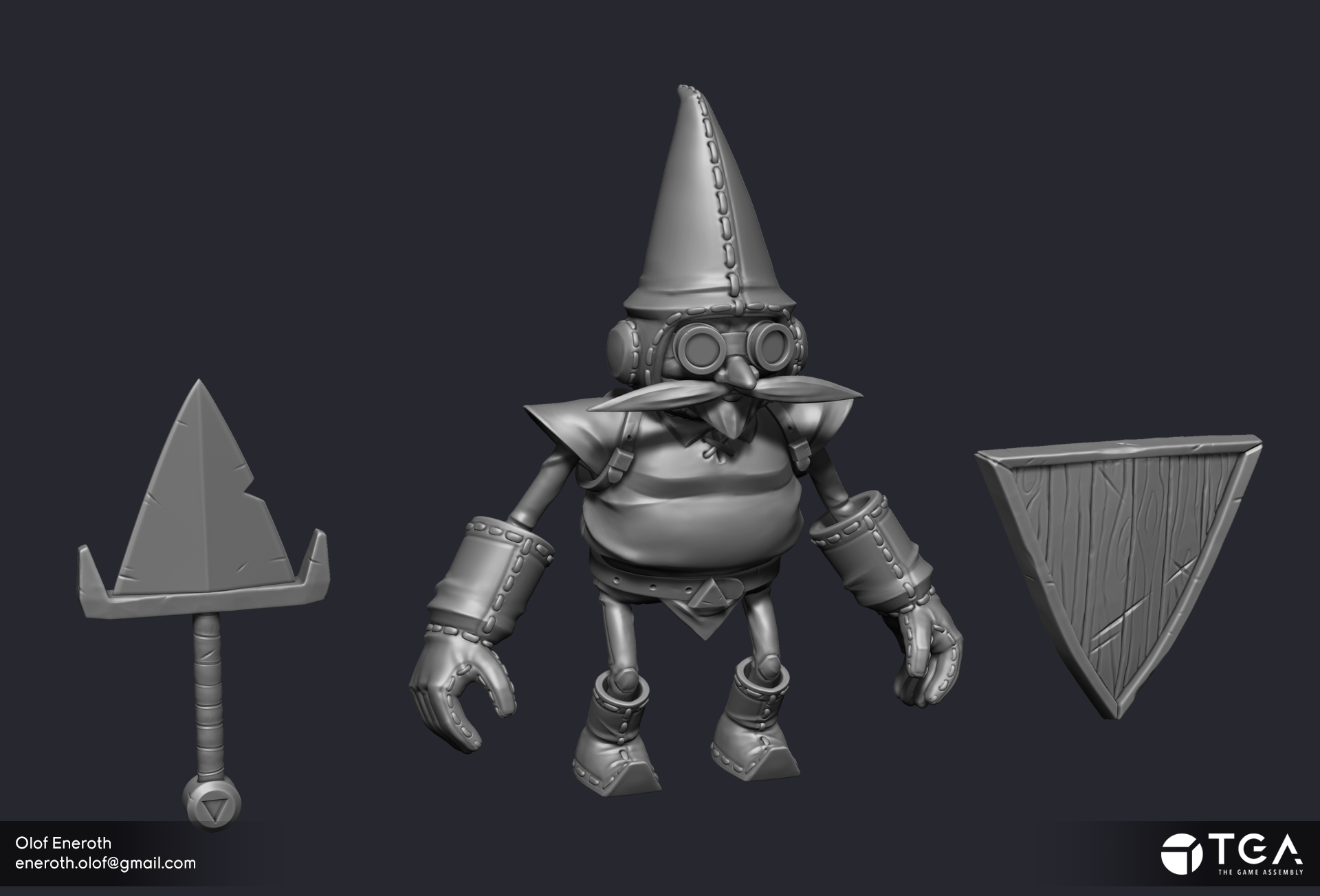 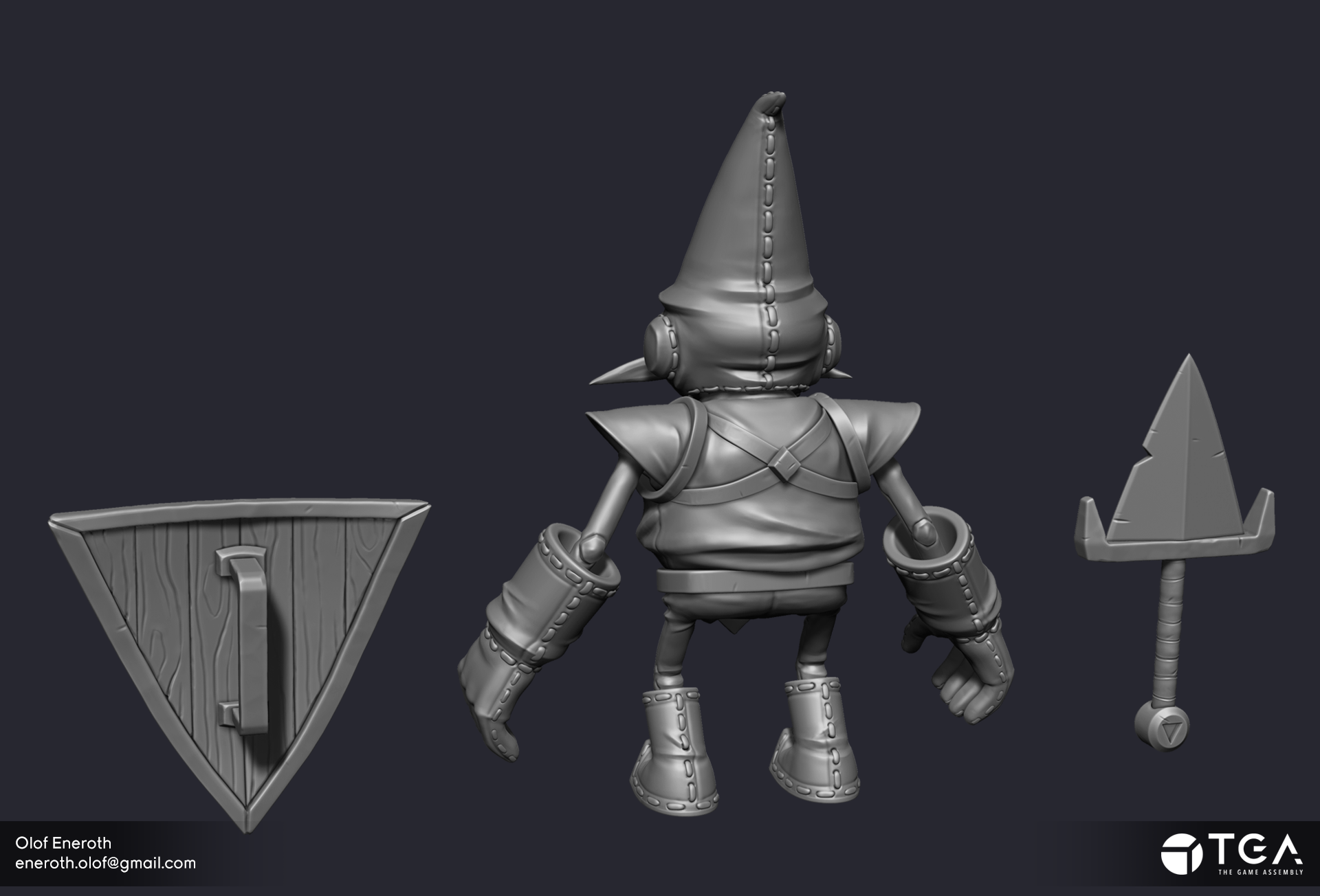 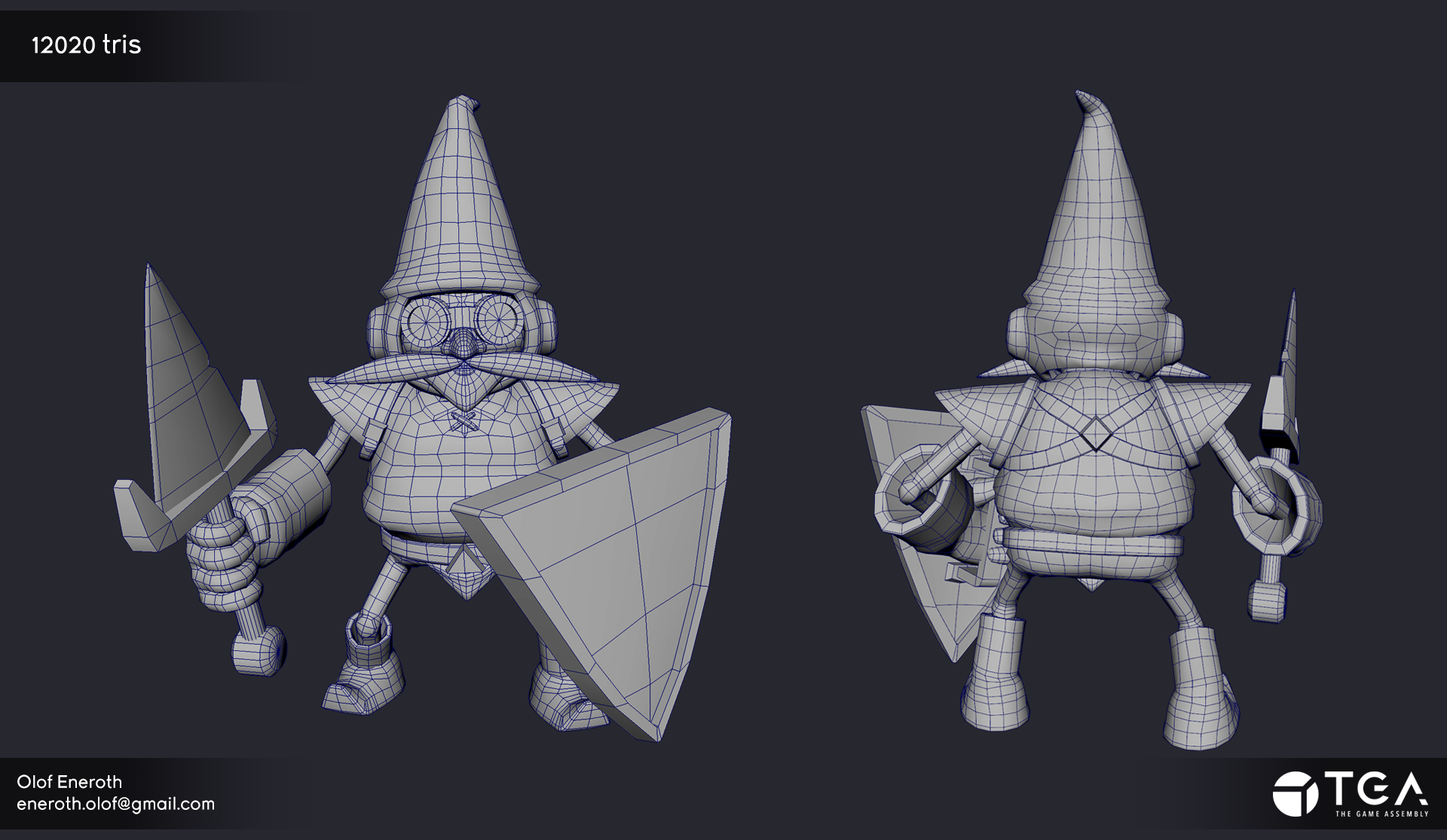 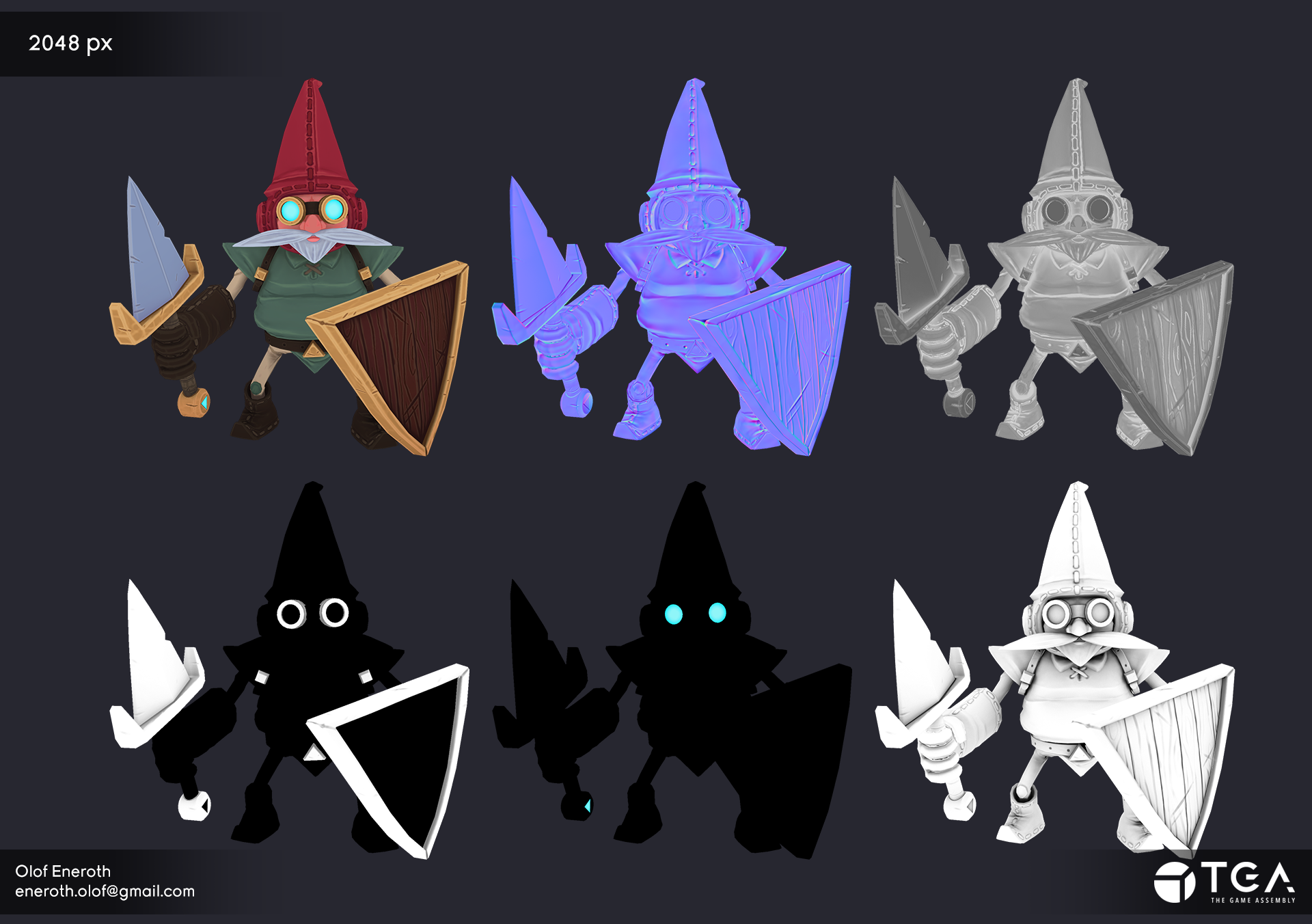 The character was based on a 2D concept / 3D lowpoly character I had made a for a game project a couple of months earlier. The prompt for that character had basically been along the lines of "a short and wide gnome warrior". This inspired me to take the triangle shape of a standard garden gnome hat and push as many of the other parts in the design as possible to be based around triangles too.

For the final Gnome Dungeoneer model above I ended up exaggerating the design further in terms of proportions and level of detail compared to the original concept. The reason for this was to make the character read better from a distance. 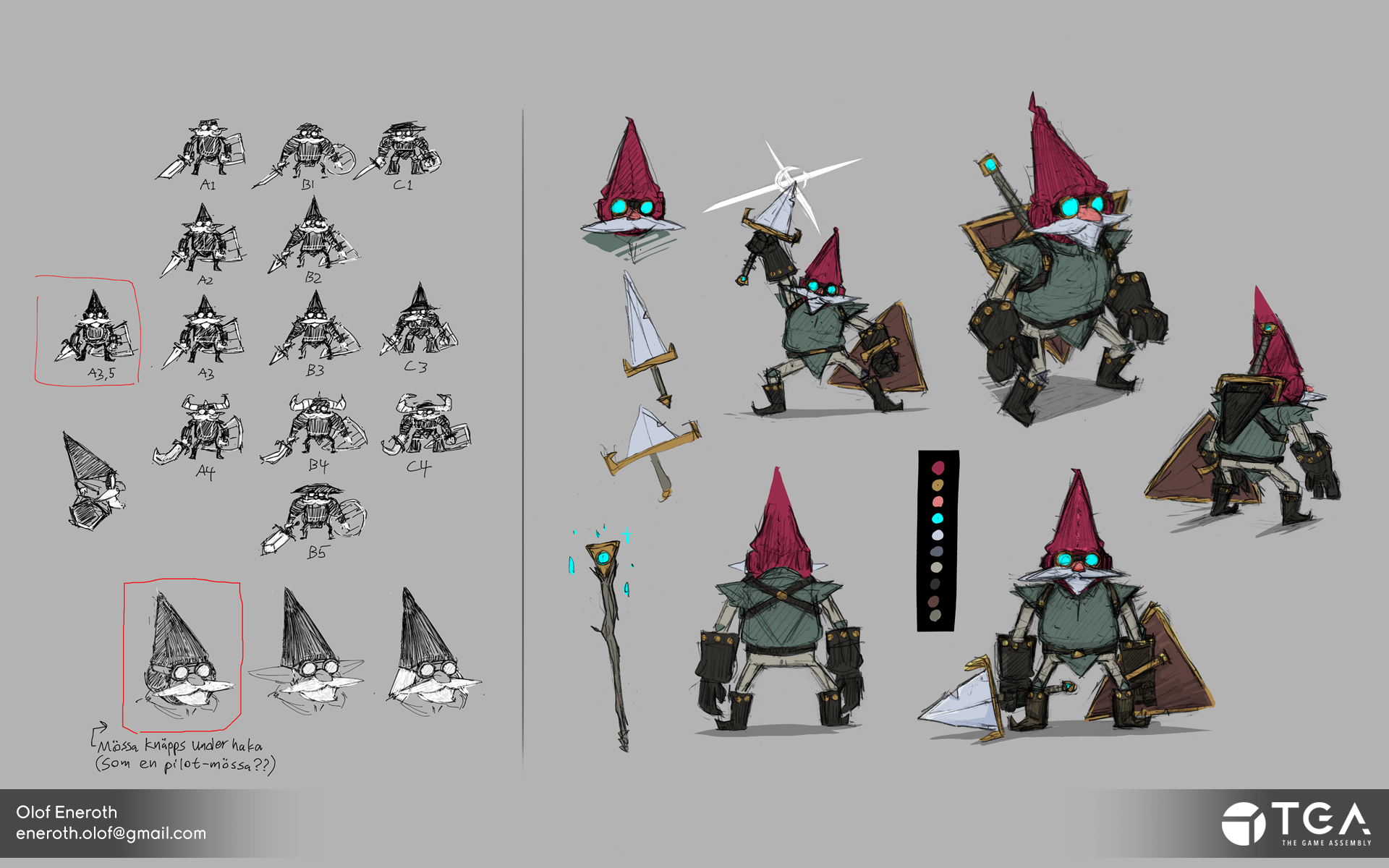